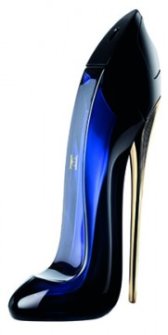 The already small prestige beauty market in Brazil is likely to have stagnated or contracted in 2016 as a result of the economy (final figures were not available at press time).

Luxury is the category that has been hardest hit in beauty, as consumers seek out lower-priced goods. In addition, the outlook is not that bright given the additional taxes, including increased import taxes, which have been implemented since 2015 and have seen prices of prestige products rise. Some companies began to incorporate the tax increases into their prices as of 2015 and most did so last year. This meant an increase in price in the 7% to 10% range. This particularly affects international brands that don’t have plants in the country and operate there on an import basis. “The currency devaluation and taxes have been a key issue in the poor performance of the market, especially in the second half of 2016,” comments retailer Opaque president Sun Chul Kim. On the upside, however, given the devaluation of the Brazilian real, which put a serious brake on traveling, consumers who in the past would have bought their prestige beauty products while abroad or in duty free are now buying at home.

Given the tough situation, the industry has been forced to implement discounts and focus on lower-priced products. In line with this trend, smaller sizes of fragrance are also in demand.

The demand for lower-priced products has seen distribution agents add more affordable brands to their portfolio. Distributor Prestige, for example, which distributes Cartier, now also has MTV, Hollister and Abercrombie in its portfolio.

Prestige fragrance grows its share
In terms of category, fragrance has mana ged to do better than other prestige beauty segments. Indeed, the premium fragrance segment saw a strong increase between 2014 and 2015. Prestige fragrances’ share increased from 7% of the market in 2014 to 8% in 2015. Sales of prestige fragrances rose 24.6% in 2015 to R$1.5bn ($US500m) (the total fragrance market in Brazil saw growth of 5.6% in 2015), according to Euromonitor. The main driver of this growth was the availability of premium brands in more distribution channels, as well as the valuation of the US dollar against the Brazilian real, which forced manufacturers to raise prices. In terms of distribution, sales of premium fragrances have performed well in Brazil due to the expansion of beauty specialist retailers such as Sephora, The Beauty Box and Renner. Internet sales also contributed to the rise in sales of prestige brands, with websites such as Sephora, Belezanaweb, Renner and Epoca Cosmetics enjoying increased acceptance among consumers. In premium fragrances, Puig, LVMH and L´Oréal were the leading players in 2015, accounting for a combined value share of 55%, according to Euromonitor. However, Opaque’s Kim says the market needs to pay more attention to the prestige make-up and skincare segments.

While many brands are looking to wait out the situation in the hope that the market soon returns to its potential, others have reduced investment or exited the country. For example, last year L’Oréal pulled its Diesel fragrances and Yves Saint Laurent make-up out of the market. Lancôme’s La Vie est Belle fragrance continues to perform well and was the number-one prestige women’s scent in the country in 2015, with a 13.2% share. L’Oréal’s other divisions, namely its mass, professional and active cosmetics arms, are seeing growth in the country. In general, the group has performed well in Brazil under the management of Didier Tisserand, who left the country to take on another role at the group. He has been replaced by An Verhulst-Santos, who was formerly president of L’Oréal’s professional division. Tisserand was credited with modernizing the infrastructure of the group’s Brazilian operation and preparing the move to L’Oréal’s new headquarters in the country to Porto Maravilha (Rio), which will be inaugurated in 2017, and the opening of the new Research & Innovation Centre, on the Island of Bom Jesus (Rio). He also led the acquisition of Brazilian haircare company Niely Cosmeticos, whose integration is said to have brought good growth.

Other brands to have pulled out of the market include Dutch player Rituals, which had five stores in the country, and Shiseido-owned Bare Minerals. Analysts say make-up brands like Bare Minerals have been dealt a severe blow not only due to the tough economy and increased taxes, but also because of the new policy of Brazil’s health authority ANVISA, which requires costly registration for each individual make-up color.

Puig pushes ahead
However, some players have managed to in fragrance. The group’s Carolina Herrera while its Paco Rabanne brand has an 18.9% share.

Almost half of the top-10 imported fragrances sold in Brazil are from the Puig group, according to industry sources. The company is said to have done an excellent job when it comes to communication, with television, cable television and billboard advertising, as well as partnerships with local retailers such as Renner. Analysts say that this strategy is giving it an edge over brand had a 23.4% share of the prestige fragrance market in the country in 2015, weather the storm. Spanish company Puig, for example, is said to have seen a good year in 2016 and made market share gains its competition. Industry watchers stress the importance of strong communication campaigns for imported brands to succeed in Brazil, given that until the 90s the country was closed in economic terms and that the public is still not very aware of international brands and their products.

Estée Lauder Companies too, has been singled out for its performance in Brazil, especially in make-up. The MAC brand now has 52 stores in Brazil, and analysts attribute the brand’s presence in the market to having changed consumers’ buying behavior when it comes to color cosmetics, due to its wide assortment of colors and formulas.

French company L’Occitane is also going from strength to strength, with plans to have 180 doors (140 kiosks and 40 stores) by the end of March 2017, up from 100 in 2016. UK-based brand Lush is also said to be performing well, with four stores in São Paulo; the company opened its own factory in the country, meaning it will bypass import duties. Italian budget brand Kiko launched in February with two shops in São Paulo. The company plans to have seven stores in the country in 2017.

It is thought that for foreign prestige brands, 2017 will bring more of the same, as taxes ensure high prices that are beyond consumers’ reach. Brands will need to place their bets carefully.

SNAPSHOT : Foreign direct sellers
Despite the tough market, US-based direct seller Mary Kay is seeing a solid performance in Brazil. The company’s sales force in Brazil has tripled in the past three years to more than 400,000. The company distributes cash bonuses and prizes to representatives that grow the product they sell and who add re-sellers to the brand. Meanwhile, Avon has seen its business continually worsen in Brazil over the past five years, partly as a result of overall difficulties at the group. The company saw its position in the country’s beauty direct-selling market fall from number three in 2010 to number seven in 2015, according to Euromonitor International. Avon has made investments in online, with virtual brochures, smartphone applications and make-up simulators, and also introduced some important fragrance launches. Analysts say these efforts are helping to redress its position in the market.

SNAPSHOT : Distributor changes
In the past year, there have been a string of changes when it comes to distribution agents. Elizabeth Arden, which in the past was distributed by its own subsidiary in Brazil, is now handled by Weitnauer. Italy-based Perfume Holding changed its distributor from Frajo to TFS/Royal Opera Group, while Cartier and Dunhill are now in the hands of the recently formed distributor Prestige, which is managed by Evelyse Britto, a former Chanel executive.

Other country reports
Heard on the net
Most read