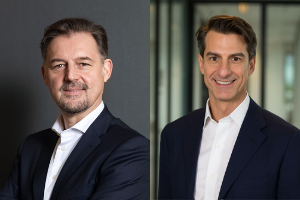 Meanwhile, Oswald Barckhahn will assume responsibility for Beiersdorf’s cosmetics business in Europe and North America. He will succeed Thomas Ingelfinger, who will retire in 2022.

Rasquinet and Barckhahn have also been appointed to the group’s Executive Board. Barckhahn will join the board on October 15.

Rasquinet started working at Beiersdorf in 1993. Since 2010, he has led cosmetics brand La Prairie.

Barckhahn joins Beiersdorf from Amsterdam-based Jacobs Douwe Egberts, where he was President Europe and Head of Global Sales and E-Commerce. He has also held leadership positions at PepsiCo and P&G in Europe and North and South America.