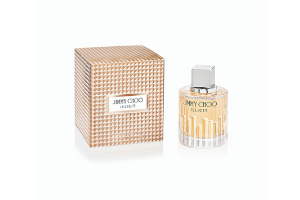 The pandemic’s impact was most severe in the Middle East and Asia, where first-quarter net sales fell 44% and 37% respectively, year-on-year.

In North America and Western Europe, where lockdown measures were implemented later, first quarter net sales declined 1% and 11%, respectively, compared to the same period in 2019.

With large parts of the Asia market re-opening in March and April, the company’s best-selling brand in China, Anna Sui, reported March retail sales that were double those of February.

Madar continued: “We have taken action on many fronts to position our business for a strong rebound in sales and profitability next year. In past years, advertising and promotion accounted for approximately 21% of net sales; that percentage will be reduced in 2020. In that regard, as we reported last month, we have postponed the launch of several major programs, including those for the Kate Spade New York, Jimmy Choo, Anna Sui and GUESS brands, until 2021. Similarly, corresponding advertising and promotion expenses will be deferred until 2021.”

While the company has not furloughed or laid off any employees, it has instituted a hiring freeze and plans on reducing bonuses for 2020. Travel and other non-essential business expenses have also been cut sharply.

In addition, with the temporary suspension of its cash dividend, Inter Parfums Inc says it will retain some $10.4m per quarter.

Madar stated that these actions are expected to positively impact cash flow and fixed expenditures, which are expected to come in at some $25m per quarter. The company does not anticipate any short-term liquidity problems.

Inter Parfums Inc expects losses in its travel-retail business for the foreseeable future due to global travel restrictions.

As reported, Inter Parfums Inc withdrew its 2020 full year guidance in March due to the uncertainties surrounding the spread of COVID-19.

Inter Parfums Inc executive vice president and chief financial officer Russell Greenberg said: “Our conservative financial tradition leaves us in a strong financial position. We closed the first quarter with working capital of $386m, including approximately $204m in cash, cash equivalents and short-term investments, a working capital ratio of over 3.7 to 1 and only $9.8 million of long-term debt. We also have $47 million available in untapped credit facilities. Nonetheless, as mentioned above, we have taken several actions to minimize expenses and protect our cash flows during this crisis.”

Other finance
Heard on the net
Most read