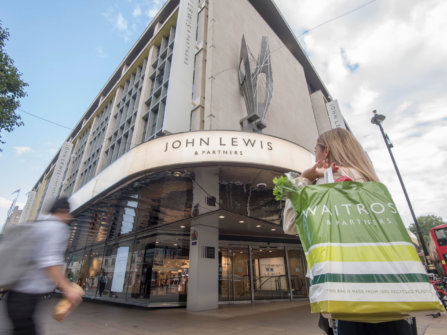 UK-based department-store group John Lewis is to close eight of its 42 stores, which will put 1,465 jobs at risk.

The eight closures include four “At Home” shops and four department stores. It will leave the retailer with 34 stores. John Lewis says it will try to find alternative roles in the company for employees impacted by the closures.

The retailer says the decision to close the eight stores follows research to cater to new customer shopping habits. It added that it can no longer profitably sustain a large John Lewis store in some locations where it does not have enough customers. The eight affected shops had financial problems prior to the pandemic, notes the company.

John Lewis stated that with the shift to online shopping, it does not believe the performances at the eight stores can be  improved.

The retailer expects 60% to 70% of sales to be made online in the future and, currently, 50% of its customers now use a combination of both store and online when making a purchase.

The company claims that having fewer big shops will allow it to invest more in improving its remaining locations. John Lewis is focusing on improving Click & Collect services at Waitrose stores and, as reported, trialing John Lewis shop-in-shops in Waitrose stores. Additionally, the department-store group will test new formats of smaller, local neighborhood shops.