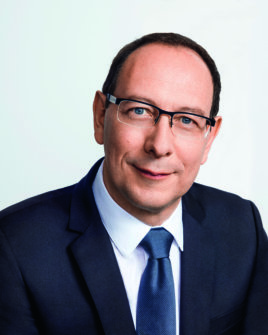 L’Oréal is to bring together its Western and Eastern Europe zones into a single Europe Zone, which will be headed by Vianney Derville, currently President of L’Oréal Western Europe Zone.

The move follows the retirement of Alexandre Popoff, President of L’Oréal Eastern Europe Zone. L’Oreal says the change is the last stage in the reorganization of the group’s zone structure.

Derville joined the group in 1992, as a product manager in the Consumer Products Division (CPD) in France for Lascad. He was also General Manager for the CPD Division in Japan and head of the division in the US. He was appointed President of the Western Europe Zone in 2016.

Error, group does not exist! Check your syntax! (ID: 30)
61ad925b1f1954309ba6f6ba87c286f8VVVVVVVVVVVVV
We use cookies to ensure that we give you the best experience on our website. If you continue to use this site we will assume that you are happy with it.Ok