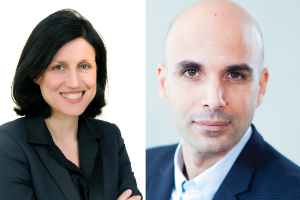 L’Oréal has named Omar Hajeri president of the Professional Products division and a member of the executive committee. Hajeri replaces Nathalie Roos, who will leave the group after nine years.

Hajeri joined L’Oréal 21 years ago and has spent most of his career in the Professional Products division. In 2019, he became director of the division for Western Europe.

L’Oréal also appointed Ersi Pirishi president of Latin America and a member of the executive committee. She replaces Javier San Juan who is retiring after 30 years with the group. Pirishi was most recently deputy general manager of the Active Cosmetics division.