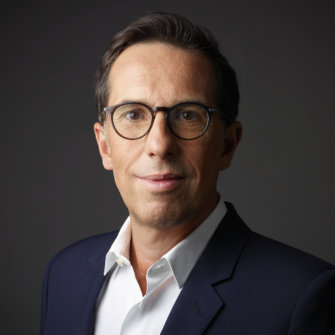 L’Oréal has confirmed that Nicolas Hieronimus is to become the group’s new ceo, as of May 2021. He will replace Jean-Paul Agon, who according to company statutes must hand over his duties of ceo before turning 65 next July. L’Oréal has split the roles of chairman and ceo, with Agon to remain chairman. Agon has been chairman since 2011.

L’Oréal also named Barbara Lavernos deputy ceo, a position Hieronimus has held since 2017. Lavernos was recently appointed head of Research, Innovation, Technology. L’Oréal says with her appointment, research is placed at the highest level of the group.

Hieronimus joined L’Oréal 33 years ago. He has been deputy ceo in charge of divisions since 2017.

Commenting on the succession plan, Agon said; “Nicolas Hieronimus is an inspiring leader who has all the qualities required to be the ceo of L’Oréal. […] Nicolas Hieronimus is also perfectly prepared for the role, given an exemplary career of more than 30 years within the group with major successes, most notably at the helm of the L’Oréal Luxe Division. For the last three years, he has played a key role by my side as Deputy ceo,to animate our operational divisions, especially in the period of crisis that we have been traversing for several months.”