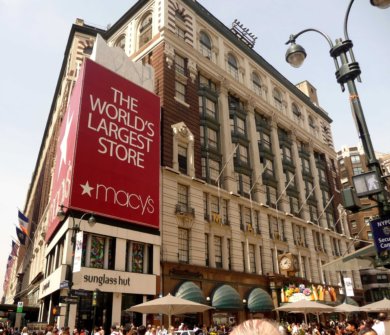 US-based department store Macy’s said it expects first-quarter sales to drop by around 45% to $3bn compared to the same period last year due to store closures during the pandemic. It could also see a loss of $1.1bn for the quarter compared to a net profit of $203m in the first quarter last year.

The retailer said that sales in February were solid and in line with expectations, but that it saw a steep drop in March – the retailer closed all its stores on March 18 due to the pandemic.

It added that it saw a steady uptick in its digital business in April, but that this only partially offset the loss of sales in stores.

The company began re-opening stores on May 4 and now has around 190 Macy’s and Bloomingdale’s stores open in their full formats. It expects another 80 Macy’s stores to open for Memorial Day weekend (May 23-25). Macy’s is also offering curbside pickup in many of locations, including some stores that remain closed to the public.

Macy’s said that with two weeks of results from reopened stores, customer demand is moderately higher than anticipated and that it expects business to recover gradually. It stated that most of its stores will be open by late June.