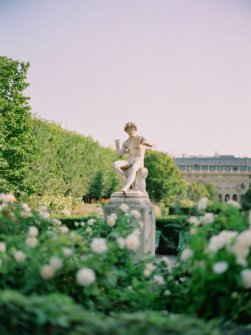 Parfums Christian Dior has sponsored two French gardens as part of its commitment to sustainability.

The brand is sponsoring a three-year replanting program at Paris’ Tuileries gardens. Parfums Christian Dior will plant 200 rosebushes in an area near the garden’s fountains called La Petite Provence. These include 10 Granville rosebushes, 10 Centifolia rosebushes, six Damascena rosebushes and 1,400 lavender plants. Dior says that many of these flowers are featured in its fragrances.

Additionally, the brand also participated in the restoration of the Château de Versailles’ Queen’s Grove, which opened to the public June 14. The Queen’s Grove was created in 1776 for Queen Marie-Antoinette.

Dior was granted permission to replant 600 rosebushes in the grove. The bushes, which include 38 species of roses, were selected by French rose nursery André Eve. These include 12 Granville rosebushes and 15 Damascena rosebushes.