French fragrance house TechnicoFlor has invested €12m in a new production site near Marseille in the south of France. The site is intended to help the company fulfil growing demand and facilitate its objective of almost doubling its sales to €100m in three years.

The new 5,000m2 (54,000ft2) site is fully automated, with TechnicoFlor claiming that it has the highest level of automation in its market in France, and is among the top-three automated sites worldwide.

The facility will enable the company to double its production to deliver 2,000 tons of fragrance per year and to halve production time to supply customers in less than five days.

A key technology feature of the site is the Roxane modular automaton, which is capable of weighing more than 500 liquid raw materials and producing several order sizes at the same time (from five liters to 1,000 liters).

The facility also features a powder module for 20 raw materials with weights ranging from 30mg to 1,000kg; gravity conditioning to avoid pumps; an R&D laboratory, and a loading/unloading dock with specially equipped doors to facilitate deliveries of raw materials and finished products.

TechnicoFlor highlights that the facility was conceived in accordance with 2020 environmental standards. It provides for waste recovery, has an energy optimization system including the automated management of the building’s electricity, photovoltaic panels to recharge hybrid vehicles, a high-pressure cleaning system and a rainwater retention basin to supply a garden in a bid to optimize water management.

Also on the sustainability front, TechnicoFlor is working on the creation of an ‘Eco-Score’ for perfumed products to generate more awareness of sustainable issues among its clients and enable them to provide more transparency to consumers.

“The idea is to develop an ‘eco-score’, similar to the ‘nutrition-score’ that you now see in the food industry. The score will cover all aspects of the development of the product, from sourcing and creation to production and sales and waste management. The objective is to provide transparency, to create awareness on this issue among our suppliers and clients and to encourage our perfumers to create in a more responsible way,” says Maxime Gransart, Deputy Managing Director of TechnicoFlor.

He continues: “There is a strong demand for transparency today and if the industry is not able to provide this, it will be problematic for consumers in the future.”

Another initiative at the company, called Project S, is aimed at encouraging clients to reduce the use of solvents in fragrance products and focus on creating more concentrated fragrances.

The inauguration of the new site comes as TechnicoFlor celebrates its 40th anniversary this year. On this occasion, the company revealed that its aim is to increase its sales from €55m today to €100m in three years.

The company, which was founded in 1981 by François-Patrick Sabater, has seen strong growth in recent years, due to in part to international expansion. TechnicoFlor opened an office in Dubai in 2009, recently launched a new creation center in Moscow, Russia, and will build a new production site in Shanghai, China.

Currently 52.8% of the company’s sales are done in Europe, 30.1% in Asia Pacific, 14.6% in the Middle East, 2.4% in Africa and 0.1% in the Americas. In March, TechnicoFlor inked a deal with chemicals and ingredients distribution company Azelis to expand in Africa. The partnership sees TechnicoFlor expand to nine African countries: Algeria, Morocco, Tunisia, Ivory Coast, Kenya, Ghana, Senegal, South Africa and Nigeria.

The company pointed out that the missing piece of its international presence is the Americas, a region it will begin to focus on. TechnicoFlor revealed that it is looking to acquire companies in North America in 2022 to serve the Americas region.

“We see growth coming from the US, and also from Asia and especially China – where we see annual growth of around 40%,” commented Sabater.

Asked about the impact of the flurry of M&A activity in the fragrance supplier industry of late, Sabater said: “There is an acquisition almost every week – this is an opportunity for us as there are fewer competitors. And [in face of the big players] we just need to create innovative and differentiating products, which we do.”

Despite its growth and the strong trend for consolidation among fragrance houses, TechnicoFlor underlines that it is not for sale. “We are an independent, family company with a strong focus on natural and environmentally responsible fragrances. The fact that we have made this €12m investment in this new factory is a clear sign that we are not for sale,” stated Gransart. 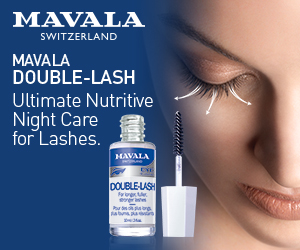 Error, group does not exist! Check your syntax! (ID: 30)
70d670dcdb31045ae90dfe6e18089a7deeeeeee
We use cookies to ensure that we give you the best experience on our website. If you continue to use this site we will assume that you are happy with it.Ok