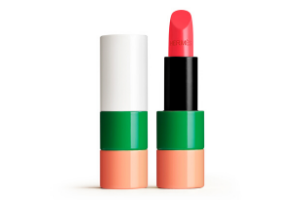 In Asia Pacific (excluding Japan), revenue dropped 8.4%. Mainland China closed 11 stores at the end of January, while all stores closed in Macau and stores in Hong Kong operated on shortened hours. Shops started reopening in March in mainland China, and those in Hong Kong and Macau have re-gained traffic, although it is reduced, due to border control measures. The company said business in mainland China is increasing again. Hermès is continuing to roll out its new website in Hong Kong and Macau. Several countries have seen a second wave of store closures since early April, including Singapore, Australia and Thailand

In the Americas revenue declined 4.2%. All stores have closed and e-commerce has stopped in the US since March 20, similar to other countries in the region.

Europe’s revenue dropped 9.6%, with the network having closed mid-March.

The company says its economic and financial solidity enables the group to weather the pandemic. At the end of March, currency fluctuations represented a positive impact of €20m on revenue.

Measures the company will take as a result of the crisis includes altering the proposed ordinary dividend distribution, reducing it from €5 to €4.55 per share, which is an amount identical to the sum paid in 2019.

In addition, the company’s executive managers decided to waive the increase in their fixed compensation paid in 2020 and their variable compensation awarded in 2020 for 2019.

As of March 17, Hermès announced the closure of its production sites in France, save for the Hermès Perfumes site in Vaudreuil which began producing hydro-alcoholic hand sanitizer, on a voluntary basis.

Hermès has maintained the basic salary of its 15,500 French and worldwide employees without partaking in governmental subsidies.

Despite the crisis, the company says it has maintained its strategic investments, both in production capacities and the distribution network, in order to prepare to resume business. The company has begun gradually resuming operations in production and logistics sites since April 14.

As of April 23, only stores in Greater China and Korea are open, while business is greatly reduced in Japan. Developments in the pandemic and governmental measures make it impossible for Hermès to anticipate reopening dates.

The company says sales in the second quarter will be significantly impacted by the closures of a significant part of the network.