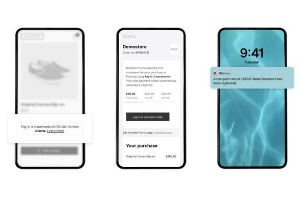 The move is intended to expand contactless payment options and provide safer checkout experiences due to increased health concerns.
Sephora (LVMH) is one of the first Klarna merchant partners to offer Google Pay, in addition to Apple Pay, for in-store buying.

Klarna launched US-based in-store payments for iPhone users with Apple Pay in January. Since the launch, Klarna says that retailers that offer the service have seen increases in average order value as high as 310% compared to orders transacted through other means.

The company says overall use of contactless payments in the US has grown 150% since March 2019.

Klarna was founded in 2005 and offers consumers a buy now, pay later system. Some 200,000 merchants use Klarna services, including Asos and AliExpress, among others.