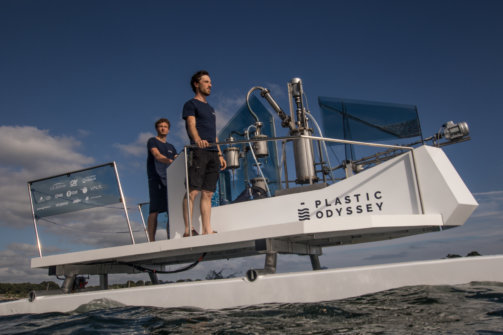 For every video or image posted on social media showing people picking up litter with the #ClarinsObjectiveO hashtag, Clarins will donate €1 to the association, Plastic Odyssey expedition.

Plastic Odyssey aims to reduce plastic pollution in the ocean while creating a global network of local recycling initiatives. The initiative supports local entrepreneurs in the development of small recycling plants. It also develops low-tech recycling tools, such as patent-free technologies that are described as simple to build and to operate with little energy, says the organization.

Plastic Odyssey also has a pilot ship that will travel globally to help fight plastic pollution and poverty. The ship is a 25m (82ft) catamaran that is powered by plastic. Plastic waste is collected on land at each stop and is sorted and recycled. Any non-recyclable waste is converted into fuel to power the ship’s engines.

Clarins President of the Supervisory Board Christian Courtin-Clarins first supported Plastic Odyssey’s Explore Fund in 2017. The fund supports the development of the organization’s projects and expeditions. The brand signed an official partnership with Plastic Odyssey for five years.